Trait Fees are essentially license fees or the price paid for the intellectual property associated with a specific trait.

For Crop Protection Traits, the trait fees are based on the favorable economics provided by the specific trait in a specific crop in a specific environment. 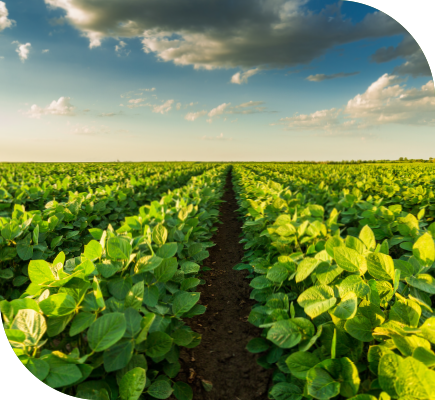 Trait Fees for Crop Protection Traits are paid as part of total price for a bag of seeds. The fee is based on a trait’s ability to enable farmers to:

This is what we mean by favorable economics. Positive economics could be higher yield that increases a farmer’s productivity or less cost associated with reduced pesticide use and the fuel and manpower required for application. It is estimated that trait fees earned by the seed and trait companies is typically 25% to 50% of the positive economics. In other words, these traits are very profitable to the farmer and are very important in the ongoing movement for sustainability in farming.

In the markets like North and South America where GMO-based crops are able to be cultivated, their acceptance is well established in farming as is the basis for determining the value crop protection traits. In the corn and soybean market, over 90% of the crops grown in the United States are crops with GMO traits such as weed control or insect resistance. For each crop, there are long established crop specific trait or license fees associated with each trait based on the economic benefit of the specific trait.

The current trait fee market consists primarily of traits developed using GMO-based technology. In these markets, the farmer pays the trait fee as part of the price of a bag of seed. The basis for the fees (or the increased price) for a bag of seed is the favorable economics derived from the traits.

Generally, the majority of the economics goes to the farmer. This is why these traits are so important. They make farmers more efficient, productive, profitable and sustainable. In the US, it is estimated that the actual license or trait fees (royalties) earned for herbicide tolerant traits associated with herbicides like Round-Up Ready®, LibertyLink® or Clearfield®, ranges from $5 to $20 per acre* depending on the crop, the effectiveness and the geography or environment. These fees could go higher depending on the cost of the herbicide the trait is replacing. For the existing GMO-based insect resistant traits like BT, it is estimated that the trait fees earned could vary from $10 to $20 per acre depending on the insect control benefits provided**, their effectiveness and the specific geography.

Because of the large number of acres involved, it is estimated that the annual trait fees (royalties) earned for these GMO-based traits (in the limited countries and crops where they are available) still exceeds $10 billion annually.

Despite the size of the crop protection trait market, there have been virtually no major GMO crops or traits introduced since the major GMO restrictions were introduced over 20 years ago. The difference between history and now is that the new Crop Protection Trait market is based on the new precision gene editing technologies, as opposed to GMO traits. Given the current regulatory trends, it is finally possible to envision a global crop protection industry with globally approved crop protection trait products and trait fees available.

The future market is not expected to be limited to a few crops in a few industries. It is expected to be accepted globally for all crops. The transformation process in agriculture to replace the crop protection chemicals used with Crop Protection Traits started over 20 years ago. It virtually stopped because of the regulations and was limited to a few crops in a few markets. The promise now is that the transformation from chemicals to traits will begin in earnest. Because of the number of crops and the number of acres associated with the global agriculture industry, Crop Protection Traits (and traits fees) from gene editing are poised to become a major new global technology industry.

This is the industry and the technology that Cibus is a leader in pioneering.